Fort Worth judge rules in favor of defendants in final claims by anime voice actor @vicmignogna in lawsuit stemming from allegations of inappropriate behavior. https://t.co/IbKkTUOPfH

For transparency, I have a personal connection to this case as I am friends with the creator of the hashtag movement that helped start all of this, as well as someone who has worked anime conventions for years, including one that even had Vic Mignogna at it and was brought up in Vic Mignogna’s deposition. Also, I have proudly traveled twitter on the good ship known as the USS Threadnaught, under north Carolina’s T. Greg Doucette Esq. 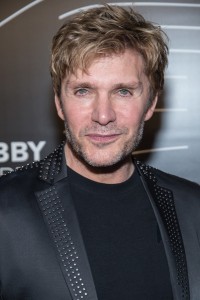 Fuck Vic Mignogna… Fuck Ty Beard… but most of all? Fuck Minnesota lawyer and wannabe jounalist Nick Rekieta for helping tear a huge divide between the anime going community, by convincing Vic bo-tox Chad Mignogna that this LOLsuit was a great MILLION DOLLAR idea. I really hope that the Minnesota schock jock faux lawsplainer chokes on all of the ad revenue he’s made off of Vic’s case.

So here’s to all of the appeals that Nick and Ty are going to try and convince Vic’s fans are a shoe-in for them to win over the next 6, 12, or 24 months?

Whatever… this is a good Friday for us to celebrate.