My 2018 tour of Japan had an elaborate dinner set up with people from Toei… and an open bar. I had shared a post about that previously, but here is the collage I made of that event… just for fun!

Now what this post is going to be about, is sharing the videos of Ikuko Itoh and Hisashi Kagawa drawing Chibi-Usa and Sailor Jupiter respectively.

I decided to go ahead and share these videos despite my reservations not to… because I have once again abandoned an attempt to make a video from my 2018 trip. *sigh* Anyways, I hope you enjoy?

I have a used Sailor Moon R VHS tape that I bought for 10 yen back in 2010 from what I believe was a rental shop. It has this logo on for something that is known as the Hero Club. I assume that this is just a line of VHS tapes to introduce newcomers to a new anime series by having like the first episode or two on them, possibly with some exclusive narration on it? I haven’t watched the tape since 2010 though, and even then… I don’t speak Japanese? Anyways, I think my Sailor Moon R tape looks cool, even if it’s not very functional. I just wish I knew more about The Hero Club. 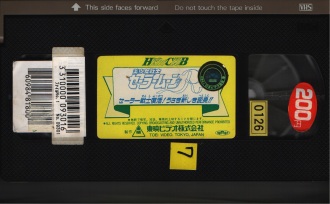 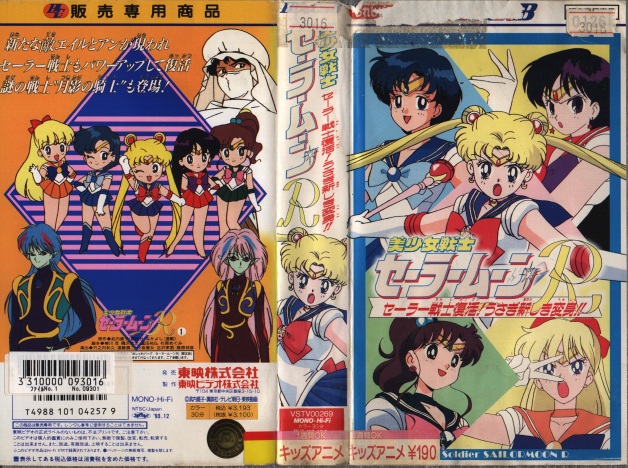 <Update> So, I found out more about the Hero Club! Here’s a copy and waste from the wiki article on Tokupedia!

Hero Club (ヒーロークラブ Hīrō Kurabu, HERO CLUB) is aseries of Toei Video releases, on VHS from 1988 to 2004 before beginning on DVD from 2003, featuring children’s tokusatsu superhero works of Toei. The recording time is 30 minutes per volume.

In the VHS era, Toei Animation also dealt with animated works produced, but after the transition to DVD it is only composed of tokusatsu

Below are some pictures that I found around the web, mostly from Amazon.jp, of Hero Club titles!

Today is the first day of poetry month, and I of course thought I’d start things off with one of my first poems, The Moon Kiss. It’s um… about Sailor Moon? *sigh* I wrote it over 15 years ago in 10th grade so… *sigh* it’s terrible. Enjoy?

Coming from a palace on the moon,
she is waiting for her love to come soon.
He is her romance,
and makes her want to dance,
he is hopefully coming soon.

He leaves to greet his great love,
for she is as beautiful as a dove.
With lips red like cherries,
and as innocent as the fairies,
he is off to meet his love.

The prince beholds his beautiful princess,
she in a lovely white dress,
they meet in the garden,
and their love starts to harden,
their undying love they do confess.

After the new year, I went to my Flickr just to poke my nose around, and I was greeted with this message…

So, expiring the same day it goes into effect, I could save 15% on going pro… so what are my options?

I am not paying $50.04 a year to store my photos somewhere. At one time, when it was offered, I did sometimes go pro… but that was when I was trying to be either a convention photographer or a convention journalist.. and yeah… that sucks… so where will I go?

WordPress? No… I’m at almost 80% there. Deviantart takes too long to upload even one picture. *sigh* This sucks, and I’m not sure where the future of my hobby will bring me to…

Below are some photos I’ve taken or had taken for me (such as mermaid-ed ones) that will soon need a new home, I guess. Enjoy? 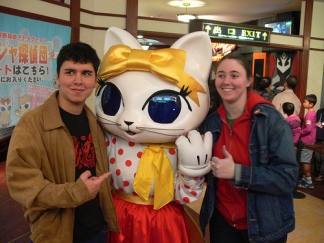 Kaylyn and her friend Greg posing in Namja Town 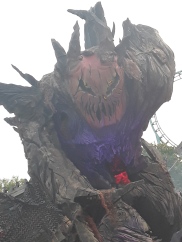 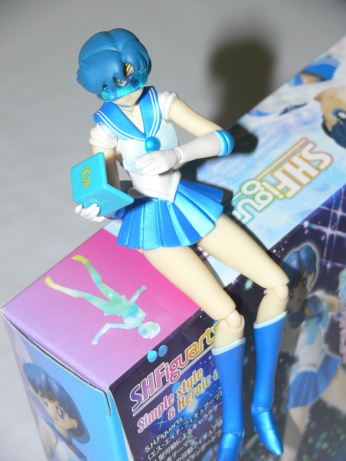 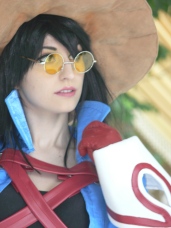 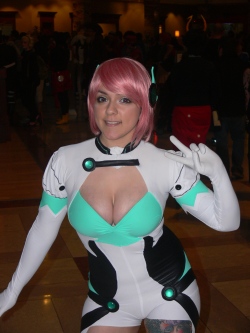 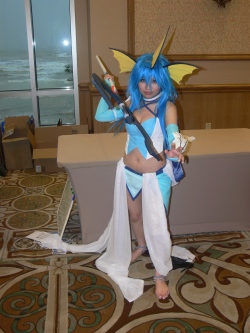 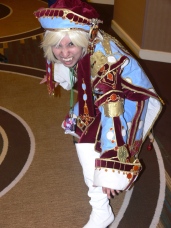 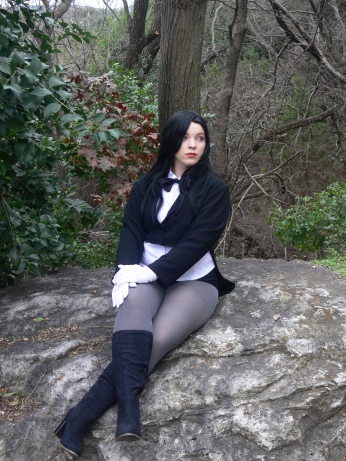 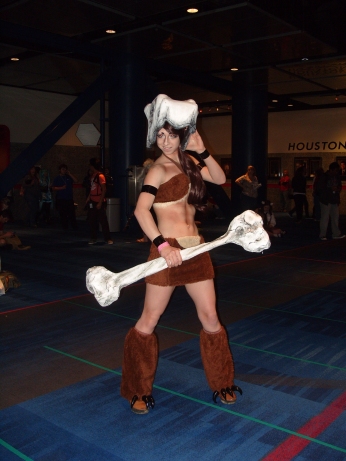 Kunzite, Malachite in the DiC Sailor Moon Dub, was an interesting character. They wrote him and the character Zoicite to be lovers in the Japanese dub. This was kept the North American version, but his male love was changed into a woman by DiC.

He was originally played, in North America, by Denis Akiyama, who passed away on June 28, 2018 in Toronto. Akiyama was also in Pixels, but come on… he will always be Malachite to me.

The name for this blog started out as a terrible web comic for a terrible website about Sailor Moon. Well, that was all done for April Fool’s Day. Now, 17 year’s later… and well… *sigh*

Web comics, Animated Music Videos, panels at anime conventions, youtube channel, this blog, I’ve done a lot of things with this name. Great thing about Sailor Moon? I keep getting older, but the senshi stay the same age. All right all right all right!

So… how about some random images from the blog to celebrate? 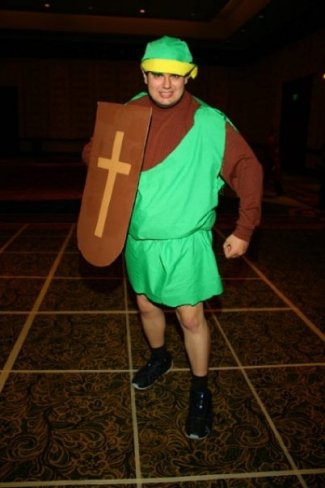 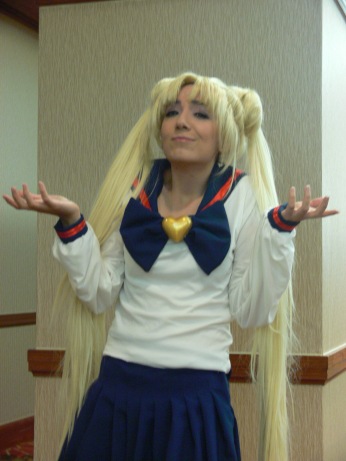 Everything above was either drawn, photographed, or at least edited by me at one point in the last 17 years.

I recently tweeted about how I came across a bunch of fanzines at my local Half Priced Books… well, I thought it would be fun to dig into some of them. Oriental Cinema #11, edited and created by Damon Foster, layout by Hugh Gallagher, from Draculina Publishing in Illinois is… interesting.

First off, Oriental? Gah… such a dated term for Asians. To see Sailor Moon next to Chow Yun Fat, Jackie Chan, and John Woo is crazy.

Sadly, I’m not big into Asian cinema, but they talk about John Woo’s amazing film, Broken Arrow, starring John Travolta and Samantha Mathis. The impressive full color glossy photos of The Killer were sadly lost on me.

The reason I bought this fanzine did not disappoint. The part where they mentioned Sailor Moon featured this nugget right here:

Looking back, this is kind of hilarious. Sailor Moon, a has-been? True, until recently… the anime about astrologically based super heroes in Junior High saw some very dark times in the 1990’s, but her and Power Rangers is still kind of huge, all things considered.

This fanzine came out in 1996, and that was when Sailor Moon Super S was just wrapping up in Japan. Sailor Moon really hit it’s stride in America on Toonami, which aired it in June 1, 1998. Power Rangers was going through that rough transition from their whole Alien Ranger mini series to Power Rangers Zeo so I can understand why he might have thought that the series was winding down, especially after the Power Ranger’s movie was the year before.

Goosebumps mind you was one of the best running horror book series aimed at the exact same demographic, so probably should not get the hate that this adult man is giving it.

All that said, it must have been really bad to be a fan of Sentai and Tokusatsu back then. He complains about the US adaptations of Beetle Fighter (Big Bad Beetleborgs). Now-a-days, we at least have been given some of Toei’s Super Sentai shows onto DVD thanks to Right Stuff.

Sadly, we  would have to put up with shows such as UIltraman Tiga which were not faithfully translated, and no Kamen Rider has ever been translated properly, despite Kamen Rider Dragon Knight winning a daytime emmy.

This fanzine goes on to talk about Mechanical Violator: Hakaider and other shows and movies such as The American made Sudden Death, but let’s talk about the letters page.

Damon Foster seems to put people off with his writting, especially about Sailor Moon in a previous issue of his fanzine? Apparently he has poked fun of the gay community, sports, and religion.

The letters page was hard to read, but it was informative and very inflammatory both ways. One of the things I also want to point out is that there is a little bit of T&A on the back covers, so this magazine is NSFW. Also, they have a picture from Ranma 1/2  in one section, but sadly no real connection in this issue, and that was sad.

I think Oriental Cinema is an interesting time capsule, and while I’m not sure if I personally would recommend it to people due to some of the language used, I’m glad that I flipped through the pages at least.

Oh, and I really hope someone hooked this guy up with the entire 84-part series Himitsu Sentai ‘Gorenga.’

NetSenshi Productions
Create a free website or blog at WordPress.com.