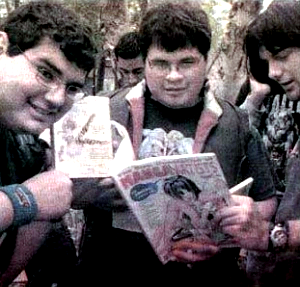 I’m a huge weirdo… I’ve made that no secret or mystery. When I was 20 years old, I was well into my first year going to anime conventions, I was attending college, and I eventually even started cosplaying. It was an amazingly awesome time for me, but it was 2005.

This photo on the left from the Spring fling, as we promoted the Anime Club, has me holding the Ranma 1/2 OVA collection… like a gosh darn otaku.

I was working at GameStop at the time, and I do have one photo of all of us at Christmas, but once again… photos during this time were shitty. 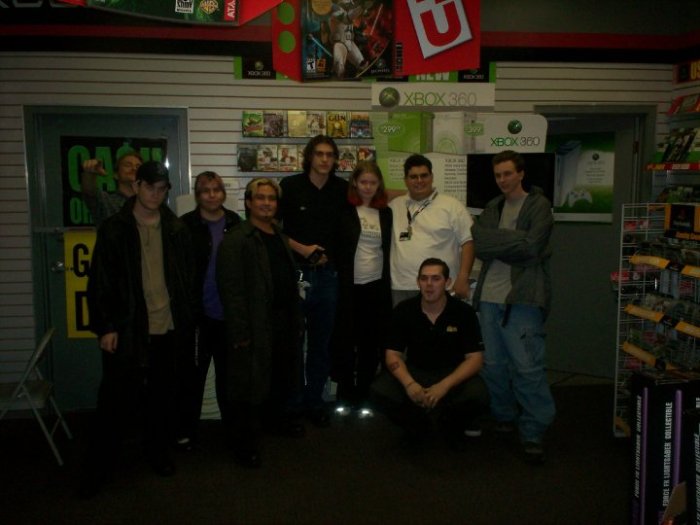 Most of the photos in my life, via disposable cameras, were taken BY myself. The ones taken for cosplay, were horrible because my face was either A) painted or B) wearing a mask. It sucks!

I did mention how weird I am, right? I’m assuming that this photo might have been taken via a webcam during this time period, but I shaved my head because well… it was joked about so much at work, I guess? So I actually did it.

This picture below was taken almost exactly one month from the day that I turned 20. It was done at Ushi-Con. Even it is a bit too weird.

The image below was the start of my problems. I believe it was in 2005 right as I was finishing up my Poison Mushroom hat while I was at school? The one to the right of that one would be close to normal, except I was right next to two otaku women (fujoshi?) who thought the picture needed to have Inuyasha and Sesshōmaru plushies in it as well. FML! 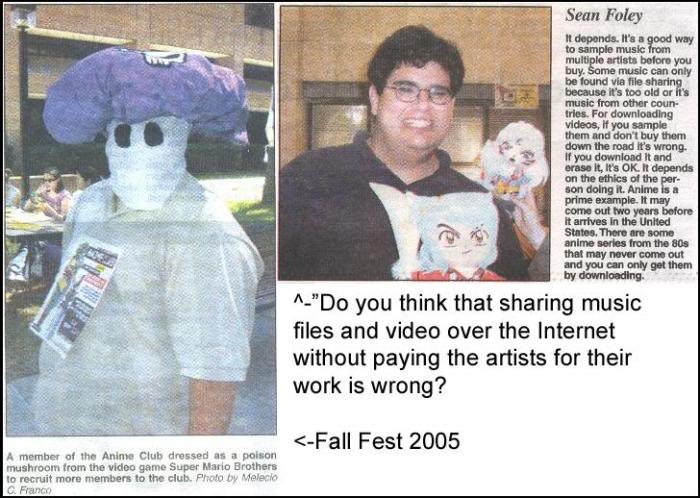 Okay, one more. From A-kon 2005… a screen grab from a video taken by Marzgurl from an event that I and some friends were holding. 20 was a really weird age for me man. HAPPY THROWBACK THURSDAY?! 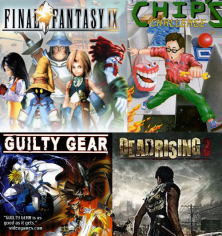 I failed my Four in February challenge, but I might have just learned something about myself… kind of like Rocky… and in a way, isn’t that the most important victory?

No. It’s not. I beat Guilty Gear, and Dead Rising 3. I got to the 8th level of Chip’s Challenge, and I was just sent on a mission by Kuja to get a thing for him with some of my friends. 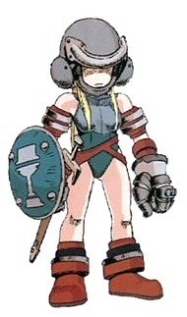 Well… hmm… so what else did I do? I beat many of the characters stories in the latest version of Street Fighter V? A friend bought me the latest Guilty Gear that’s out… Revelator? And I beat some of that? Story doesn’t count in that because there is no gameplay.

Final Fantasy IX is kind of boring. There. I said it. What’s sad is that the later part seemed interesting? The music was putting me to sleep though.

I liked the Soldier. She is like if Square Enix thought that Street Fighter’s Cammy was not wearing enough clothing, so they added stuff, while still missing the point that maybe she was showing too much skin that was not being protected?

Erin from Final Fantasy IX is cool too. I think that she is right up there with Final Fantasy VII’s Jessie, as far as important women in Final Fantasies that you don’t get to have in your party.

Now… Dead Rising 3? It is just so linear, and it’s map punishes you because the road is so messed up. It ruins some of the characters from the last few games, and honestly? It just wasn’t very fun.

Guilty Gear is faster and more difficult than the later games. Instant Kills end the match with no second round.

Chip’s Challenge is a game that I might not be clever enough for. T_T The game is well worth the acclaim it’s received, and the puzzles at time are fun… but I suck at them.

I went out of town a couple days, had some internet problems, got some new games, and laid low a few days for my birthday. I realized that ultimately, there is a reason why games stay in the back catalog. Because I just want to play the first Dead Rising! I also want to edit the textures of Dead Rising to be a personalized wonderland… that is sadly something that is beyond my grasps as of right now.

But hey! I beat two games and made a lot of progress towards beating a third game! That’s… something? Right?

Hmm… somehow, this is just not as cool as the recent music video from/about Sonic’s movie… I guess Sega really does, what Nintendon’t. Also, why the hell is there Switch related stuff associated with SUPER Nintendo World? WTF is that about? Shenanigans. 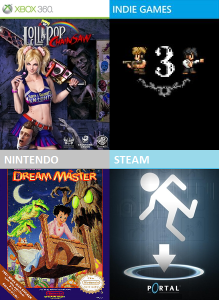 There was a Kotaku article in 2013 by Owen Good called End the Shame: Commit to ‘Four in February’. In this article, Owen spoke of a colleague who suggested beating 4 games in February as a way to clear out the back catalog. 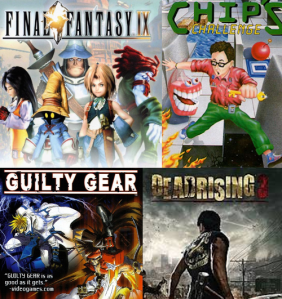 I’ve already started FFIX near the end of last month and Dead Rising 3 is a game I’ve started years ago, so… here’s hoping there is a cloud save? Chip’s Challenge is a puzzle game I played on Windows 95 or 98 as a little kid, and I’ve beaten other Guilty Gear games before… so… yeah!

I’ve been streaming my progress on FFIX over on mixer here at 1:30ish am every night: https://mixer.com/netsenshi and you can learn when I’m playing on my personal twitter here: https://twitter.com/226Kerfuffle

The song and music video is legitimately good.

maybe the Sonic The Hedgehog movie will be good? 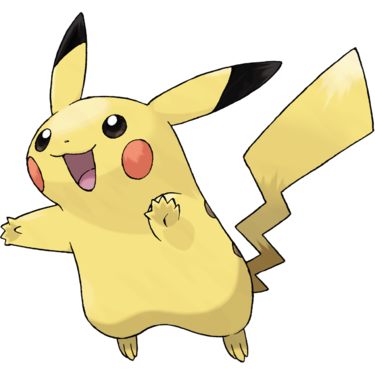